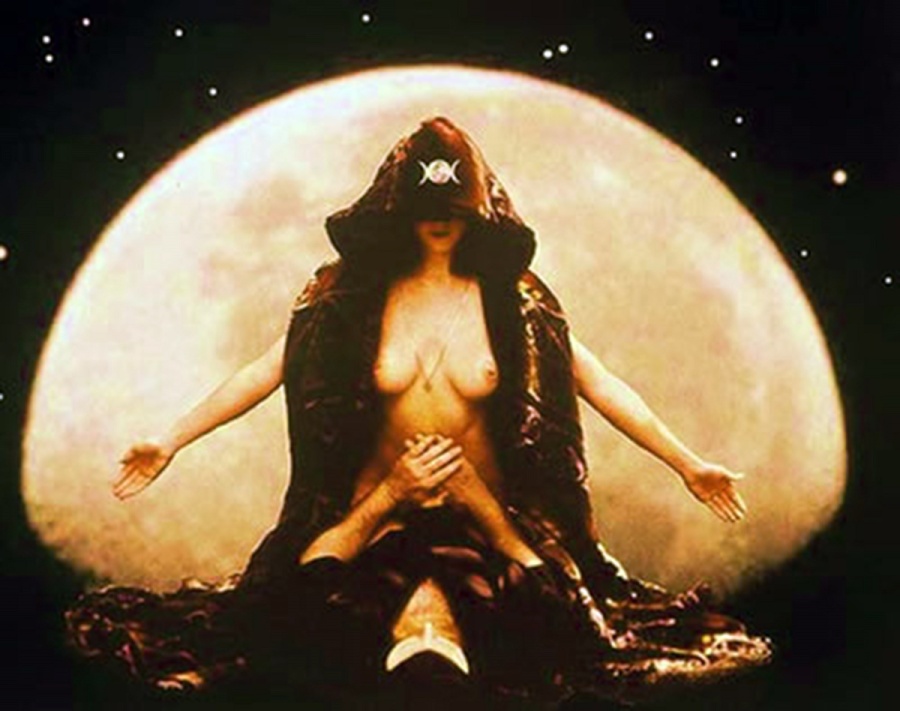 As a teenager fascinated by the power of rituals, my first run in with Sex Magic was comical. One night after putting the kids I babysat for to bed, I enjoyed my usual routine of exploring their mother’s counterculture bookshelf that encompassed everything from Please Kill Me to Drawing Down the Moon. One night, I found The Art of Sexual Magic, by Margot Anand, an author and one of the New Age pioneers responsible for introducing Tantra and it’s use of sacred sexual practices to the broader public. Titillated I was, to say the least, so much so that I didn’t even hear the mom walk in a few hours later. Caught red-handed, she smiled at me with a look of total acceptance and said, “This is how it should be.”

Sex magic is simple despite it’s erotic perception, from the history of Tantra, to its use in Ceremonial Magick. In it’s simplest terms, Sex Magic, is using sexual activity, with or without a partner, in a ritualistic setting for the purpose of raising energy, coupled with visualization to help achieve a particular outcome. In many practices, sustaining the period of heightened arousal and withholding the orgasm for as long as possible is often encouraged. The potent sexual energy is building, gaining strength and during that time one can visualize their desired intention and with orgasm seeing it come to fruition. The spell has been cast and one feels a deeper bond with their partner or with themselves.

Through my occult education I have learned how Sex Magic is part of a myriad of traditions where it can run the gamut from deeply spiritual purposes to manipulating and gaining power over others. In Wicca there is The Great Rite, the ritual sexual intercourse or non-physical reenactment of the High Priest and Priestess representing the union of the God and Goddess. From the ceremonial end there’s the fascinating figures of Paschal Beverly Randolph who was one of the first occultists who wrote at length about sex magic and Aleister Crowley’s legendary explorations, lessons and theories on sex magic as well as it’s use in magical orders such as the OTO. These famous occultists championed the notion that sex could be the ultimate magical act. And when you think about it, how often have we had a sexual encounter that leaves us completely transformed, without words and viewing ourselves in a new light. The Star card in the Tarot pops to mind; shimmering in pure naked glory, alive and open to the world around her.

As with any kind of magic, your ritual can be quite formal, full of ceremonial trappings or it can be you alone, enjoying and exploring the hidden delights of your beautiful body. When it comes down to it, intention is key and simplicity is usually best. When raising energy with a partner, what does the couple want to achieve; a deeper connection, success, power, fertility? It’s important to be on the same page when working with a partner, to communicate step by step and it’s just as important when you’re flying solo. How many times have you fantasized about a person while under the sheets, pleading to the universe, “He/She will be mine!” That, in a way, is a Sex Magic, raising energy for a specific attraction. But with any kind of magic ritual, be careful what you cry out for in the middle of the night! Once sexual acts have become part of a ritual, it’s helpful to add in the magic words, “whatever is for my highest good,” so that truly one’s wishes can be fulfilled ethically and profoundly.

Oddly enough, my most memorable encounter with Sex Magic , was at a Prince concert at Madison Square Garden. It might seem ridiculous but it was truly one of the most transformative sexual experiences of my life. Prince, the genius Gemini, who has made a career of merging the divine with the sensual, knew how to please an audience to say the least. And at the height of the concert, which had all the trappings of my own personal fantasies; purple snow, naked ballet dancers en pointe, had us all on the edge of our seats, swelling up with desire. All the lights turned off except for one and there he was alone at the piano, singing the lyrics from “If I was Your Girlfriend. “

“And then I’ll hold you tight and hold you long. And together we’ll stare into silence. And we’ll try to imagine what it looks like.” At that moment he seductively shushed us, teasing, “Stay quiet now, for just a moment. I know you want to.” We were all on the brink of explosive desire and you could hear a pin drop. Instantly all the musicians starting wailing away and so did the entire venue like we were at a church revival. I can’t remember anything after that point except for rushes of ecstasy racing throughout my entire body. As I opened my eyes, I noticed similar blissful faces exhaling with glee and I wondered how many public yet private orgasms took place at that exact moment. Afterwards in the bathroom, I overheard a tiny much older woman saying how the Prince experience was just like a perfect evening with your lover, who never bats an eye and always leaves you satisfied. Sex, much like magic shouldn’t be any different.

There was an error retrieving images from Instagram. An attempt will be remade in a few minutes.