In Roman lore, Janus the god of beginnings and endings whom the month of January is named after had two faces, one reflecting towards the past and the other towards the future. Whatever one chose to do on January 1st marked an omen of what was to come for the year ahead. To this day we still hold on to this tradition and many of us started off 2016 with a bang of promise, magical intentions and champagne soaked seductions. As the universe would have it, Mercury Retrograde in Capricorn has proved a rude awakening to many lofty resolutions and with an inability to get the proverbial ball rolling, we find ourselves asking; can we try this one more time? With magic afoot, at our disposal, of course!

On the 25th Mercury stands direct and I’m ringing in the New Year again, this time with my list of 2016 resolutions and reading glasses to review what exactly I drunkenly proclaimed at the stroke of midnight. Collectively we put too much pressure on ourselves to begin the year as if we were racing against each other on the Autobahn of life. The brilliance of Capricorn is in its solid footing and the perseverance of pushing one beyond what they think they are capable of accomplishing. But when the goat has fallen off the mountain and doesn’t recall why they started a particular journey in the first place, it’s time to re-evaluate what matters most especially when it seems like every time I turn on the news someone else I’ve admired has passed away. 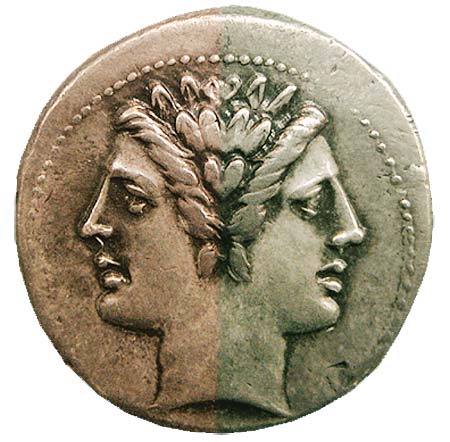 Janus, along with being the God of change and beginnings, also rules doors, gates, passages, all transitions and times. Since he can see the past and the future, Janus always represents the middle ground and could be a mediator between different chapters in our lives, births and deaths, the start and completion of a personal project. A simple ritual to honor, bless and re-start 2016, if you felt like you started off on the wrong foot, is to set up a small altar behind or near your door. First, take a sea salt bath, filling the tub with any of the following herbs, lavender, lemon balm, sage, bay or olive leaves. Start from the back of your house burning sage, sweetgrass, cedar or frankincense to purify your home and make your way up to the front door. With a broom, sweep around and in front of the door, wiping any dust, psychical and psychic from last year, always sweeping out of your home into the street or hallway. If you have a small table you can place a yellow candle to represent the solar aspect of Janus as well as an offering of either honey, dates, figs, a simple cake and/or coins on a plate. Garnets too, being the birthstone of January is a nice addition to add or wear for the remainder of the month. Take some olive oil from your cupboard and trace an invoking pentacle (see diagram) on the front and back of your door reciting the following. “Janus, I invoke thee to bless and protect my hearth and all that live here. May this year be a time filled with health, wealth and merriment. May I learn from the mistakes of my past year, walking towards the future armed with wisdom and courageous fortitude. So mote it be”

We move into zany yet otherworldly Aquarius on January 20th welcoming innovation and forcing us to not only think, but act outside the box. Leave the altar up until February when the Wheel of the Year turns yet again ushering in a new season, and another opportunity for magical intent.